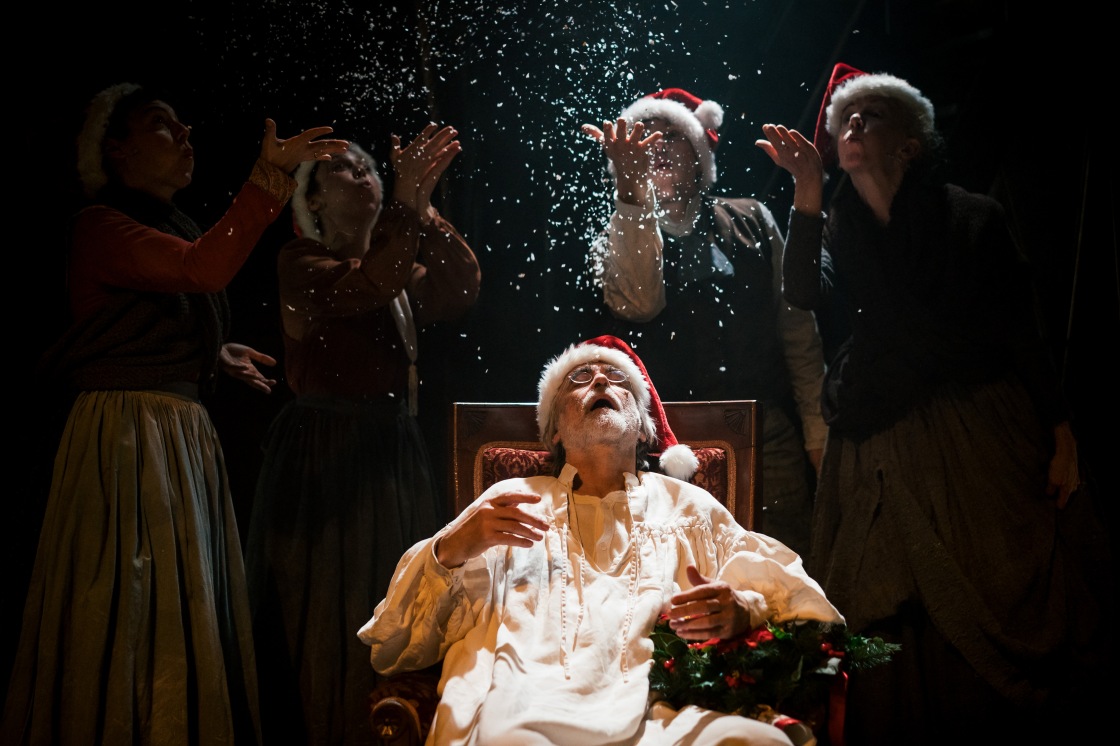 This novel stage adaptation of Dickens’ A Christmas Carol is a jolly good show, opines Zoë Perrett in her review for Northern Soul

My first encounter with A Christmas Carol featured a load of Muppets, witnessed by my primary school self on the screen of the communal telly-on-wheels rolled out for the end-of-term film.

Twenty-odd years later, the prospect of seeing it performed on stage by humans aroused more excitement than Tiny Tim experiences when Scrooge gifts his family a fat Christmas turkey. Sorry for the spoiler, but everyone knows this tale’s outcome. What matters is how compellingly it’s told.

This version of the Dickens’ classic is imparted via Deborah McAndrew’s genre-mashing, thought-provoking and wholly entertaining adaptation, performed by the Leeds Playhouse Ensemble company.

Set in Victorian Leeds, it opens with a sickly Tiny Tim (Lipalo Mokete, gamely coughing his lungs up) whose condition is lamented by a motley crew of peasant apparitions who, via a dynamically-choreographed musical number, proceed to transform the set into Scrooge & Marley’s offices.

Robert Pickavance’s Scrooge is the archetypal horrible boss; more concerned with commerce than Christmas and none too pleased about affording his employee Bob Cratchit (a world-weary Darren Kuppan) the day off. ‘Humbug’ is his embittered response to almost everything – even a dinner invite from his handsome nephew Fred (Dan Parr) which I’d gladly snap up.

Returning home on Christmas Eve, Scrooge is visited by Jacob Marley, who, rather than sharing a sherry with his old business partner, turns up draped in chains and scares the bejaysus out of Scrooge, informing him that he’ll shortly be visited by three Christmas spirits: Past, Present and Future….